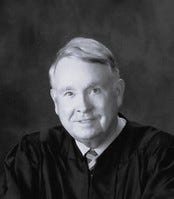 LOS ANGELES, July 20, 2022 /PRNewswire/ — Political and government law firm Kaufman Legal Group today announced that attorney Gary Winouk was recognized for his achievements as a leading lawyer in California and appointed to Los Angeles Business Journal‘s annual list “2022 Leaders of Influence: Litigators & Trial Lawyers.” The publication notes that litigants are a “special breed of lawyer” because they must “transcend expert understanding of the legal system”.

“Gary’s receiving this recognition demonstrates his commitment to our firm, our clients and the legal profession,” said the firm’s founding director. Stephen Kaufman. “It is an honor to have him represent our firm among such distinguished lawyers.”

Winuk’s practice focuses on providing campaign and government ethics advice to government entities, candidates, elected officials, ballot measurement campaigns and other political groups. The feature notes that he is a recognized expert in the field and frequently lectures and comments to the media on these issues, in addition to having served as an adjunct professor on campaign and ethics issues at McGeorge. School of Law.

Prior to entering private law practice, Winuk served as Chief of the Enforcement Division at the Fair Political Practices Commission from 2009 to 2015. The Enforcement Division prosecutes violations of the ethics across state and local government, targeting campaign finance, conflict of interest, and campaign money laundering violations, among others. Winuk has prosecuted many major cases before the FPPC and was named one of California Lawyer of the Year by California Lawyer Magazine in 2013. He was also responsible for communications, press, legislation and policy for the Commission.

Prior to working at the FPPC, Winuk was appointed by the Governor Davis Gray and the Governor Arnold Schwarzenegger, including service as Chief Deputy Director and General Counsel of the Office of the Governor of Homeland Security (OHS). He also served as Judge Advocate General of the California Air National Guard, achieving the rank of major.